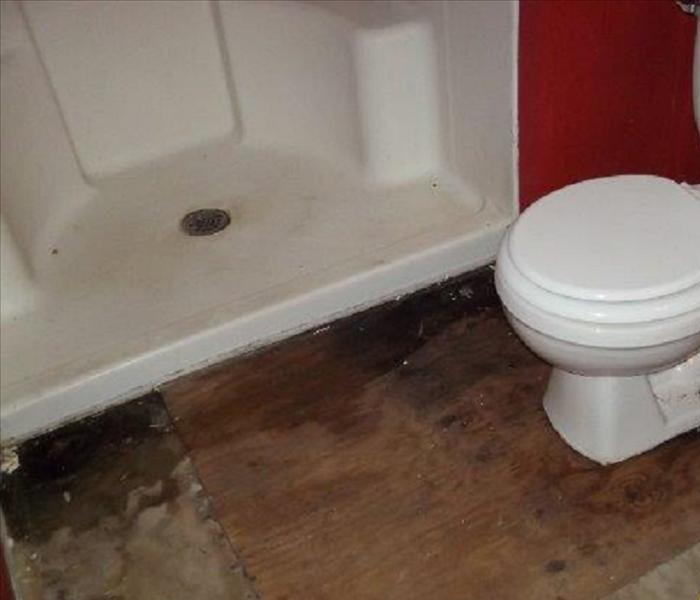 The moisture from the slow leak had been migrating under the vinyl floor towards the shower, check out all the MOLD!!!

When the SERVPRO crew arrived, there was standing water in the bathroom, bedroom and kitchen.  A supply line to the bathroom sink had busted loose and quickly flooded the area before the homeowner could get to the water cut-off.

SERVPRO extracted the standing water and then began to pull the vinyl flooring up in order to dry the subfloor.  Upon removing the vinyl, it was obvious from the amount of mold and rot in the subfloor that the supply line had been leaking for quite some time.

That’s usually bad news for the homeowner because slow leaks are considered a maintenance issue and are not typically covered as an insurance claim.  The Insurance company will cover the sudden rupture that caused the “flood” but will not be responsible for covering the long term rot.

The moral of the story is to do routine inspections of your plumbing and crawlspace so you'll catch the slow leaks and maintenance issues.