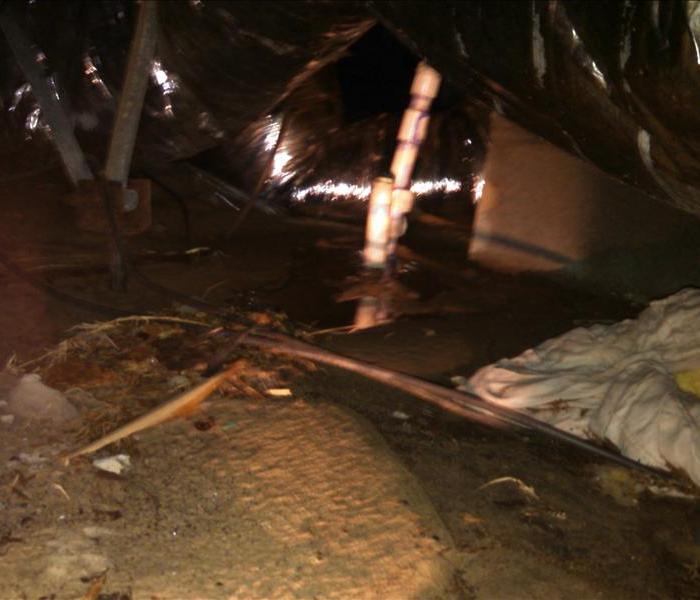 This was the source of the water damage.

Our customer was out of town Saturday night when they got a call from their neighbor that water was running out into the yard from under their Newport NC home.  The neighbor located the supply box in the yard and got the water cut off.  Once our customer arrived home, they went under the house and discovered that most of the water had already soaked in. SERVPRO was called and determnined the supply line had ruptured about 8 inches from where it came out of the ground.  It had been spraying up against the air ducts, insulation and subfloor.  The ductwork was full of water and sagging between it's supports, some insulation had fallen down and the subfloor was wet but not as wet as you might have thought.  Instead of removing the ductwork, we slit it at the lowest point in each sag to drain the water.  Although it eventually had to be replaced, we needed to leave it intact for the time being because the temperature was dipping below freezing and the customer needed the heat from their furnace.  The wet insulation was bagged and removed. The crawlspace was so tight we could barely get air movers underneath and that made it necessary to "pipe in" dehumidification through  the crawlspace opening.  The structure dried fairly quickly, the ductwork was replaced and new insulation installed.  Another customer was happy they had called SERVPRO!